Trevor Lawrence is living his best life. The 6 foot 6 Clemson quarterback (with incredible hair) is the consensus #1 pick in this Thursday’s NFL draft. This will land him a $40 million contract. 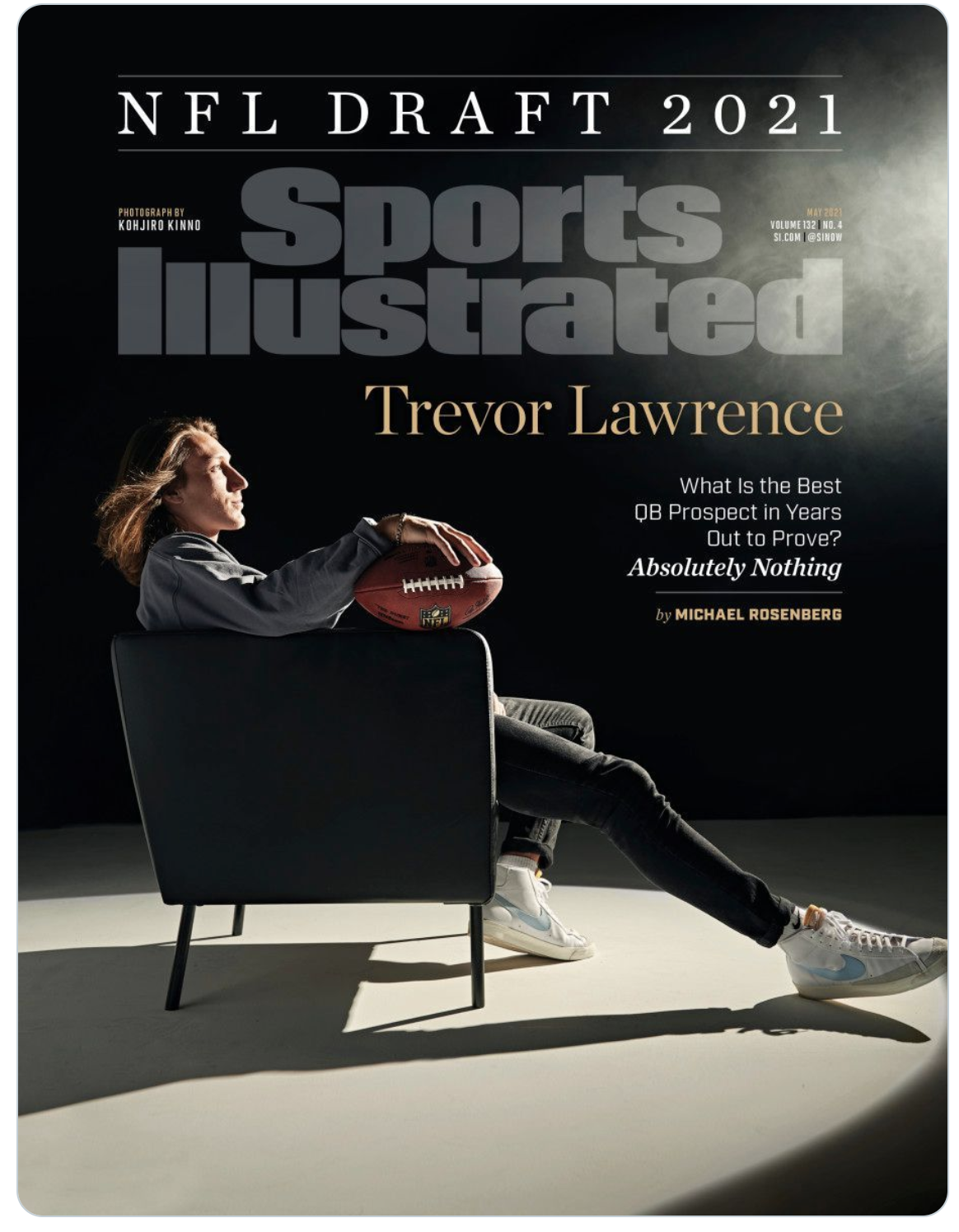 Yet Lawrence has his share of haters. And I’m not talking about Clemson’s South Carolina Gamecock rivals. In a recent Sports Illustrated interview, Lawrence caused a stir with the following comments:

“I don’t have this huge chip on my shoulder, that everyone’s out to get me and I’m trying to prove everybody wrong. I just don’t have that. I can’t manufacture that. I don’t want to.”

Football fans across the board were not happy to hear about Lawrence’s petulant approach to competition. One Redditor wrote:

“[#1 draft picks] should be so consumed with competitive fire that they’re completely unbearable to be around. Meaningful relationships outside of football and a healthy amount of self respect are HUGE red flags.”

Yikes. Lawrence does have healthy relationships – he recently married his HS sweetheart. And after the Sports Illustrated blowback, he doubled down on his healthy amount of self respect:

Trevor Lawrence doesn’t need his accomplishments to feel worthy as a person.

A tale of two kids

Should you tie your self-worth to your accomplishments? Should Trevor Lawrence feel more worthy once his name is announced in the draft? Should he love himself more if he goes on to win a Super Bowl?

Let’s start with a simple hypothetical.

You have two kids, Jack and Jill.

Jill is the golden child. As a kid, she never needed to be prodded, coerced, and threatened into doing her homework. She got fantastic grades in college. And her first job out of college was in Biotech, where she directly contributed to foundational mRNA research that powered COVID vaccines. Not bad for a 26 year old.

On the other hand Jack is a bit more wayward. Just like his sister, he’s a lovely kid. But he’s struggled to find his place in the world. He dropped out of college. He’s bounced around cities trying out a mish-mosh of gigs as a bartender, Uber driver, and even applied to Teach for America (but didn’t get accepted). He’s settled down in Boulder where he’s living his best life (for now) as a ski bum. And he’s quite content to have landed there.

Now remember, Jack and Jill are your two kids. Do you love Jill more because of her accomplishments? Is Jill more deserving of love because of what she’s achieved? (And is Jack less deserving?)

Unconditional love is an unshakeable pillar of parenthood.

But let’s turn that lens back on ourselves.

Do you love yourself unconditionally?

If you’ve read this far, you’re probably pretty good at what you do. You’ve got a good degree, some savings in the bank and are blazing yourself a trail of milestones and achievements.

But what happens when you fall short of those milestones? You may get passed over for a promotion. You may be struggling to buy your first home. Or you didn’t get into your top MBA program. (And adding insult to injury, your college BFF did get in.)

If the self-loathing kicks in, you’re effectively loving yourself less. You’ve pre-conditioned your own self-love on what you accomplish. And as Trevor Lawrence has astutely observed, it’s a slippery slope towards a life of agitation and unhappiness.

Furthermore, achievements themselves are impermanent. You won’t be a managing director forever. A six-pack of abs eventually loses its firmness. And even when you achieve football greatness, fans will turn on you.

So instead, contemplate this question:

Who am I, without achievement?

Because just like our hypothetical Jack, I assure you that you are worthy of love. Full stop and without qualifiers.

And I’ll borrow Trevor Lawrence’s sign off and thank you for coming to my Ted Talk.