“It took me fifteen years to realize that I’ve been playing the wrong game,” confessed my friend.

I was surprised. Randy (as we’ll call him) is always playing his cards right. He has the quintessential credentials: he was selected into his undergrad honor society, has a PhD in Biophysics and is currently on the partner track at a big consulting firm. (You know, the one that mints future presidential candidates.)

From my vantage point, he plays the game immaculately.

Then there’s Ingrid. On paper she’s hard to pin down. Her LinkedIn is a mishmash of degrees, startups (both failed and successful), non-profits and some sizeable random gaps. But the thing that always stuck out about Ingrid is her email inbox.

Ingrid is a Luddite. She uses the native iOS email app (gasp!). And the native calendar too (double gasp!). Every time I see her, she has at least 47 unread messages in her inbox.

Randy, on the other hand, is a lean mean emailing machine. He’s got the best app (Superhuman!), with the freshest email provider (Hey.com!) and the dopest plug-in you’ve never heard of (Mailman!). And another credential to add to his list: He’s always at Inbox Zero.

Let’s take a trip down memory lane and explore the history of Inbox Zero. We’ll meet its inventor Merlin Mann, explore its misguided fanaticism and see why today Mann’s own inbox is “embarrassingly cluttered.”

A brief history of Inbox Zero

The BlackBerry Curve had just come out.

(We were still a year away from the launch of the first iPhone.)

And Daniel Powter’s Bad Day was on top of the charts. (I admit, I gave it a re-listen.)

During that year, on the iconic 43 Folders blog Merlin Mann wrote a series of posts coining and popularizing the term Inbox Zero. In the Guardian article why time management is ruining our lives, Oliver Burkeman describes the Inbox Zero origin story:

[Mann] called his system “Inbox Zero”, and the basic idea was simple enough. Most of us get into bad habits with email: we check our messages every few minutes, read them and feel vaguely stressed about them, but take little or no action, so they pile up into an even more stress-inducing heap.

And in 2006 Mann had some very specific advice (that eventually became associated with David Allen’s GTD Method):

Every time you visit your inbox, you should systematically “process to zero.” Clarify the action each message requires – a reply, an entry on your to-do list, or just filing it away. Perform that action. Repeat until no emails remain. Then close your inbox, and get on with living.

“Get on with living.” Oh Merlin Mann, you troll, you.

First, it turns out that there was a huge cost to tagging, filtering, deleting and immediately responding to the infinite demands of one’s inbox.

In short, your inbox isn’t just your work email – it’s literally anything that puts a demand on your time: your personal inbox, social media, messaging apps, letters, and even phone calls.

And switching between these inboxes incurs a massive context switching cost. In the post the multitasking myth, Stack Overflow founder Jeff Atwood visually shows how this tax increases with each additional distraction.

The end result? It’s like working while being stoned:

Those distracted by incoming email and phone calls saw a 10-point fall in their IQ – more than twice that found in studies of the impact of smoking marijuana, said researchers.

Are you efficient or effective?

Let’s get back to Reactive Randy and Intentional Ingrid.

Randy is efficient. He does things right. (I mean, look at his inbox.)

Ingrid, on the other hand, is effective. She does the right things.

Henry Ward, the CEO of Carta is one of the most impressive thinkers on Organizational Design and Leadership. He’s open-sourced his company’s new hire presentation and while the entire presentation is damn good, one slide really hits hard.

Ward reminds all Carta employees that they should have a singular focus on creating leverage in everything they do (which, as you know, is the centerpiece of the $10,000 Work Framework.)

Inbox zero: The treadmill to nowhere

Sorry Randy. Inbox Zero is the treadmill to nowhere.

Yes, he’s built an epic career while being efficient. But imagine the gains if he prioritized effectiveness over efficiency?

Imagine the possibilities if he injected a bit of leverage into his days?

What would that look like? Let’s look at Ingrid and her 47 unread messages.

Ingrid DGAF about tools. Instead, she combines Self-Awareness and Behavior Change into a dynamic (and deadly) duo. Here’s how she does it:

They’re simple in practice, but hard to execute. No devices for her first and last hours each day. (Yes, that means she has a physical alarm clock.) She follows the maxim of Nobel Peace Prize winner Christian Lange, “Technology is a useful servant but a dangerous master.”

2. Her habits are on autopilot

Hollywood’s Ari Emanuel (the inspiration behind the Entourage‘s “Ari” character) is notorious for making 300 short calls to clients and prospects. The call is sweet and succinct, and consists of three questions:

Can I help? All good? You need anything?

Now while Ingrid’s outreach is nowhere close to Ari’s, she does have a simple practice. Everyday she tries to reach out to 3 people: 1 client, 1 potential recruit, and 1 executive on her team.

There’s no task manager, no habit tracker, nor a calendar reminder – the behavior is simple enough to remember… and internalize.

Good questions are an incredible form of leverage and Ingrid is constantly asking herself “What’s my most important question?” Her roster of questions includes:

These questions are easy to ask, yet incredibly hard to answer. While they usually don’t have precise answers, they provide Ingrid with the framework for sound daily decision-making and moving towards her True North.

Am I hunting antelope or chasing field mice?

In the Superorganizers post the CEO of No, TinyCo partner Andrew Wilkinson echoed Randy’s plight:

I became addicted to the game of getting to inbox zero. So I’ve had to put some guideposts in place to keep me from spending all day in my inbox and achieving nothing other than sending a lot of emails.

Randy was also wasting energy chasing empty calories in the form of Inbox Zero. Emails are his field mouse.

Let’s borrow an analogy from the African savannah, looking no further than the mighty lion. As the king of the jungle, he has a plethora of dining options. 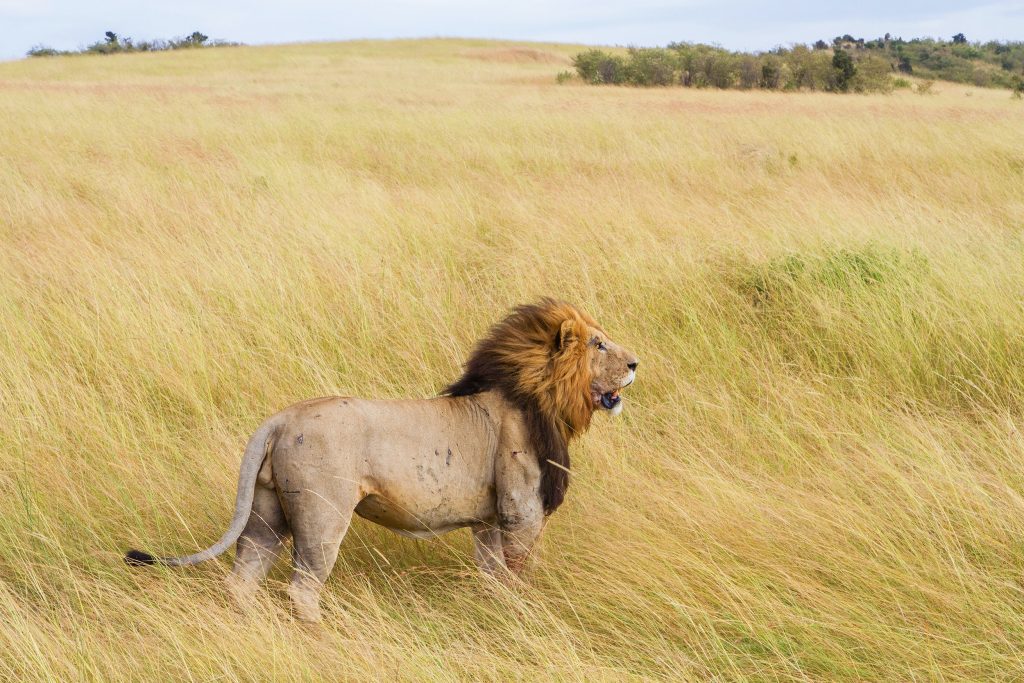 Lunch could be anything from a furtive field mouse to a svelte antelope.

Yes, the lion is fully capable of hunting, killing and eating a field mouse. But the energy required to do so would exceed the mouse’s caloric value.

But the antelope represents a formidable foe. It’s faster, bigger and stronger.

Yet the lion is fully capable of hunting antelope.

And when it does, the lion and its pride are able to thrive and flourish.